Is This the End of Independent Design?

I’ll never stop window shopping. Who doesn’t love seeing mannequins dressed in ball gowns in department store windows? As a kid, I ogled at the boutiques with models wearing layers I never would have put together myself. I was always sure to take careful notes on what was in this season. The mannequins never moved, but store clerks responsible for selling new styles did, and I could always count on the plastic people to teach me how to be cool.

As pandemic has ravaged the malls of America, the media has become inundated with  images of these storefronts wearing last month’s fresh picks. To me, mannequins are supposed to be the oracle of trend. But now, set against desolate tile landscapes, they are an afterthought.

I feel a sorry sort of embarrassment but I am also left with wonder. If current trends are supposed to be reflected in department stores and boutique windows, then what are the real world model counterparts wearing now? Where is the future of fashion?

Ironically, the magic of the mannequin to clue the regular person into the keen insights of the fashion world has not been lost. That is, mannequinnes still wear new designs, despite being two months old which is an eternity for the seasonal fashion industry. This is what the pandemic has done.

For an industry that already lived on precarious terms, often from season to season, independent and designer fashion has been destroyed by the Covid induced recession. It isn’t just designer clothes, clothing, often seen as a luxury rather than a necessity, has been sidelined in favor of food and cleaning supplies. But this only means that the dropoff for expensive clothing has been markedly worse, and ironically, the implications for the future as mirrored in what is happening to the clothing industry, point at a potentially bleak reality for the ever important small businesses that make up the backbone of the economy.

In some parts of Europe, fashion is ruled by established designer houses with resources to fall back on. In the United States, and more and more as young designers emerge in Europe, fashion rests in the hands of young, independent and upcoming designers. Many are fresh out of design school. Though some have worked to gain an audience by clothing celebrities and hosting their own shows during fashion weeks, the intimate tie between fashion and the glitz of fame and fortune disguises the fact that many of them live paycheck to paycheck. The CFDA says, “Of the 477 members of the Council of Fashion Designers of America (CFDA), almost 40 percent, by far the largest number, is made up of brands that were worth under $1 million last year. The next largest percentage, 22 percent, are brands that earned under $5 million.”

Most of these brands don’t have their own direct to consumer markets and rely on wholesale from high end department stores and other luxury outlets. They depend on events and small showrooms to gain exposure to other international specialty stores and boutiques, both in shops and on ecommerce sites. Before the pandemic, becoming a designer required incredible skills for innovation and adaptation just to market their designs to sellers.

But now, no one is shopping. Most of these stores face bankruptcy and foreclosures. Events that used to help brands connect with sellers aren’t happening and celebrities are no longer able to advertise for designers publicly. Without sales, stores that once sold limited supplies are now discounting items or simply returning shipments, refusing to accept new ones. For those they’ve received or sold, stores are delaying payments or changing terms, and many designers are owed thousands of dollars that they are likely to never see. And yet, designers still have to pay rent for studios and give benefits to employees. The way the industry stands, becoming a designer feels like a dream of the past.

That is however, supposedly set to change. Recently, Amazon partnered with A Common Thread, an initiative started by Vogue fashion icon, Anna Wintour, to support independent designers. The partnership will become a storefront that features twenty new, up and coming designers, and will attempt to build a bridge between the historically separated designer world and the ‘all inclusive’ consumer giant.

In recent years, Bezos has tried to bring designer fashion to his company with little success. Many in the high end fashion world have criticized the business model for creating an interface in which the images of expensive, designer clothing would appear next to items such as clorox. And the clothing products that have been included on the site have been criticized by consumers for looking distinctly unlike the images advertising them and for labor conditions used to make them. It is telling that, of the top three clothing items sold on the site, the less than couture, croc, was featured.

But if Amazon can successfully cause a migration in high end consumers from boutiques and specialty stores to his own, then once clothing production rates are nearing more normal levels, this partnership could elude to a shift in markets that is worse than just a dampened respect for the art that is designer fashion.

Designers are hard working entrepreneurs that stop at nothing to create clothing that speaks to people. As the industry celebrates young creatives, it is one of the facets of the U.S. economy that remains true to how it was created, a celebration of the dynamic growth and change of small businesses.

The transition of designer fashion to corporate giants like Amazon reflects a scary trend that has been plaguing the economy for decades. A sustainable economy depends on steady flow of capital from the growth of new businesses. As startups open opportunities for new skills, they are responsible for most new job creation, and drive innovation, and productivity.

If independent fashion design is stagnating; if small business is a dream from long ago, the damage done could be irreversible. Companies like Amazon have catapulted to such great heights because they have blinded consumers with extremely satisfying experiences. By incorporating large selection, targeted algorithms, low prices, and quick shipping, people flock to the site for daily items and items they want to find cheaply. Branded as the “everything” store, consumers feel confident that when they have a need, they won’t have to travel far to get it. Where people might have ordinarily gone to a local shop for groceries, they can now be delivered to their door. The effect is that the local businesses lose massive amounts of traffic and have to work even harder to provide unique customer experience.

Also, Amazon has a long history of partnering with small businesses. Not just a wholesale distributor like Walmart or Target, Amazon’s marketplace supports independent companies by servicing shipping and allowing them to bid for prized ad space on the front pages of the site. Platforms like Amazon Handmade even sell more niche artisan pieces traditionally reserved for small boutiques or for sites that charge significantly less commission fees like Etsy. The limited aid that Amazon gives to small independent sellers bolsters a sense of support for smaller companies, but it comes at great cost.

Giant companies often lock out small business competition in order to maximize their own growth. Chances are, if you don’t think you’re shopping on Amazon, you are. Amazon owns companies like Shopbop and Wholefoods. Those not partnering with Amazon or other big companies often don’t stand a chance. And by building up these companies, markets become too concentrated for healthy competition. These companies drive inequality by increasing the disparity and quantity of high salaried executives and the low wage workers. Pandemic brought to light the necessity of the millions of warehouse operatives and factory workers who are significantly underpaid and overworked. And with fewer job options at medium sized or independent private companies, many are forced to work where there is labor under concentrated markets. Though local economies have the advantage of in person shops that ecommerce giants like Amazon don’t, the recent pandemic has caused consumers to take to the streets with caution.

Designers are only turning to Amazon because they feel like they have no other hope. As consumers, we have the power to reverse it, by investing in small local sellers and where possible, by ordering directly from designers themselves. Not only is it our duty to sustain independent designers for the future of fashion, but by supporting small businesses, we move capital to the hands of the people, the only way to continue economic growth.

Post pandemic, entrepreneurship is looking like the future. As a culture, we’re on the brink of receding into dependency on big companies. And as they take over our clothes, they take over our entire lives. Small businesses pulled the country out of recession once, let’s see if they can do it again. Our country will reap the benefits of diversity, sustainability, and community if we do.

If you liked this article, check out our podcast episodes: Charlotte Posner – The Art of Business and Ju Rhyu – Scaling a Single Product Business 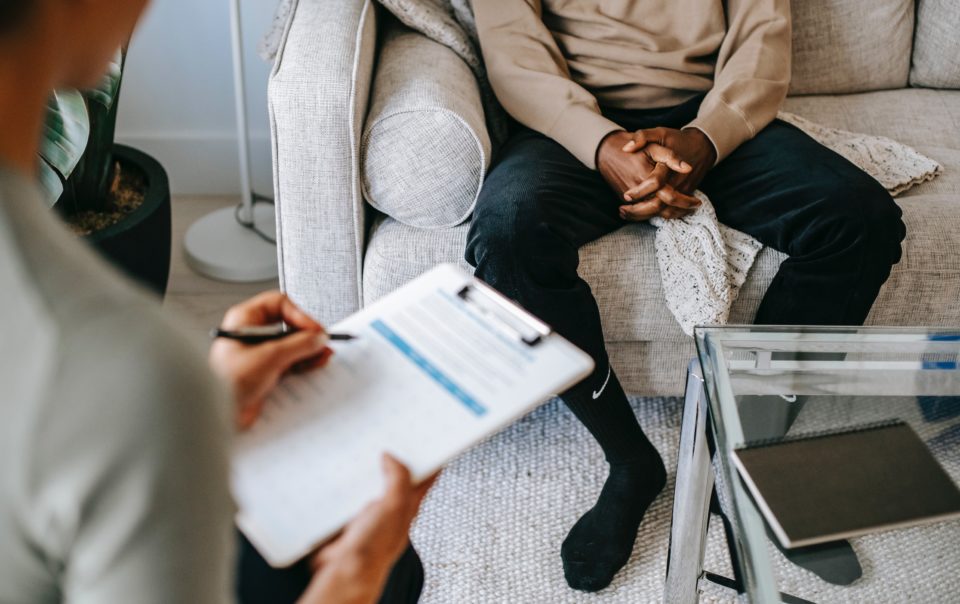 What are the different types of coaching? 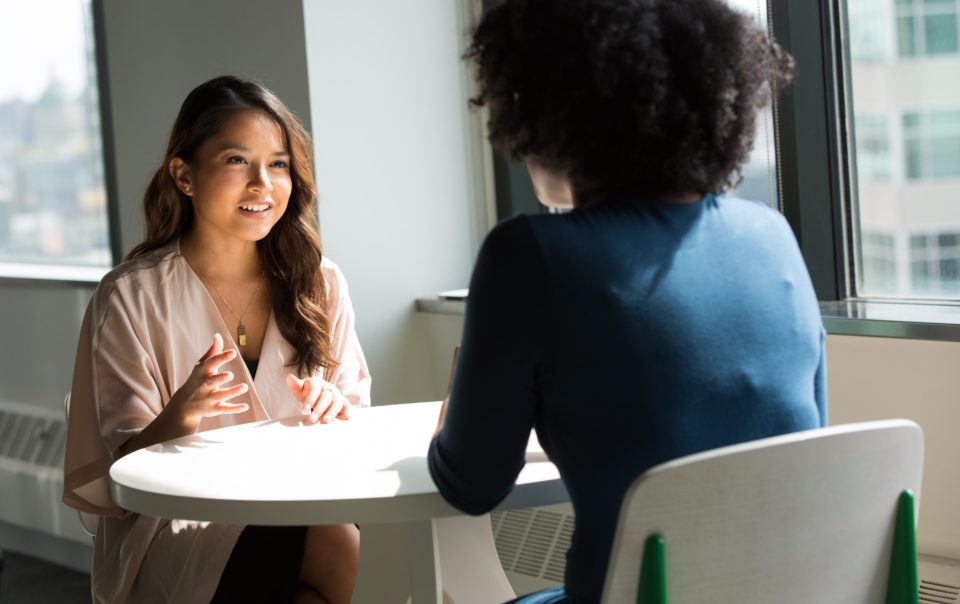 How to Give Your Business A Competitive Edge With Coaching 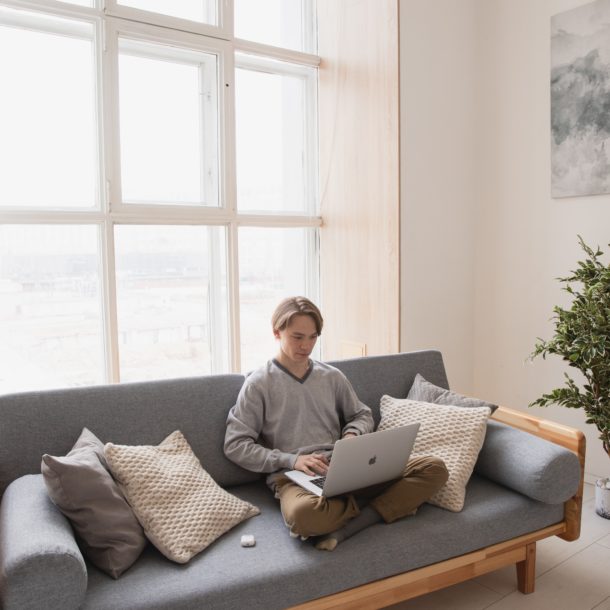 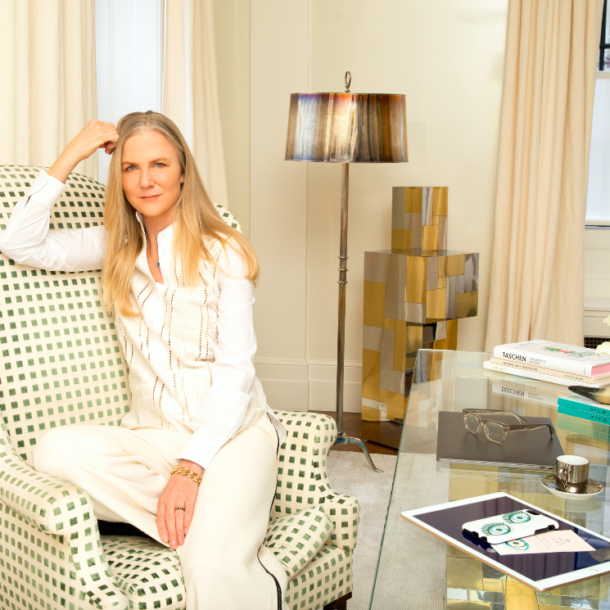