Since the global outbreak of Covid-19 in February of 2020, the world has borne witness to an incredible shift in the ways that we work, learn, communicate and move (or don’t move) through space. In mid march, as life halted to a stop, people considered their upcoming travel plans: should they cancel that work trip? What about the 21st birthday celebration in Vegas? Would a weekend in New Orleans be ill-informed? Given what we know now, the answers to these questions seem clear –– obvious, even. Given what we know now, we would urge each other to stay put; cancel the meeting; celebrate your birthday at home.

As the fall approaches and countries throughout Europe and Asia begin to reopen their schools and economies, returning to some semblance of normalcy, the US remains painfully behind.

A fragmented national response and lack of federal intervention has left us leading the world by a large margin in both Covid cases and Covid-related deaths. Long accustomed to seamless travel experiences and open borders granted by their “golden ticket” US passport, American citizens are now chagrined to find themselves barred from travelling to most countries worldwide. It is an ironic position to be in, considering the United States’ history of xenophobic policy and unwelcome attitude towards visitors, immigrants, and refugees.

As infection rates continue to rise in states like Arizona, California, and Florida, there appears to be little end in sight for Americans in quarantine. Faced with a future that seems more uncertain with each passing day, Americans are forced to reconsider their connection to travel when, after months of social and physical isolation, a change of scenery is perhaps exactly what they crave the most.

For the lucky few who have retained their jobs and are able to work from home, the foreseeable future does not include a return to the office. Many companies such as Twitter have already announced that their staff will be allowed to work remotely indefinitely, even as other offices and workplaces begin to reopen.

As the line between work and home begins to blur, people are left to wonder whether they are in fact working from home, or rather living at work. Despite the tension that this creates, the widespread trend of remote work can mean essentially unlimited vacation time for many, allowing for more mobility and flexibility than ever before.

For Americans in the privileged position of being able to work from home, boredom has begun to replace panic as the foremost emotion. People have not forgotten about Covid-19, nor do they underestimate its threat, but for those still virtually untouched by the deadly virus, it is hard not to feel a twinge of Trump-like ambivalence towards remaining fully quarantined. In its most extreme form, this is exemplified by the trend of young people disregarding government recommendations in favor of boarding cheap flights to Mexico or The Caribbean, where visitors are still legally allowed, though locals are urging –– if not begging –– tourists from the US to stay away.

But for those who want to escape the antsiness of working from home without risking the health and safety of themselves and those around them, what does travel look like for the foreseeable future? One answer is road trips.

After decades of relegation to the realm of tacky family vacations, the American road trip is making a sharp comeback. Camping has also experienced something of a renaissance, though it often requires some minimal interaction at camping grounds, restaurants, or even motels along the way. For those looking to stay as contact-free as possible while on the road, renting an RV is a popular option.

As hotel business plummets and airline companies struggle to stay afloat, the mobile home and RV industries are experiencing an unprecedented economic boom as a result of this revival, with the popular RV rental website RVshare reporting a 650% increase in their April and May bookings.

Once considered the pinnacle of gauche americana, mobile homes, trailers, and RV’s are now more an indicator of one’s relative privilege and mobility than they are a nod to “trailer trash” culture. With celebrities such as Justin Bieber and Hailey Baldwin documenting their travels across the country, road trips have acquired a newly respectable, even chic, status among gainfully employed Americans.

While road tripping is inarguably safer than other forms of travel with regard to Covid-19, it is still nearly impossible to remain entirely contact-free while on the road, especially within the context of a longer trip. Crossing state borders and making one’s way across this vast country raises concerns about the wildly disparate infection rates between states and regions, and the mandatory 2 week quarantine enforced when travelling to or from certain states. It also raises questions about accessibility and safety for Black Americans, for whom the road often represents more danger than it does salvation.

As with so many things quintessentially American, the cross country road trip is also a quintessentially white phenomenon. For white Americans, the idea of a road trip has long conjured up romantic imagery of Jack Kerouac and the wide open western expanse: it promises freedom, discovery, and adventure. Black Americans, on the other hand, are not often afforded these same fantasies. For many Black Americans, the very act of driving invokes fear of racial profiling and police brutality –– a fear which is well founded, given the history of road-stops-turned deadly for Black Americans, and the grim statistics about these encounters over the past few years alone.

Since the dawn of American automobile consumption, Black Americans have faced disproportiantely high rates of discrimination on the road, primarily at the hands of law enforcement. During the Jim Crow era, New York City mailman Victor Hugo Green produced a guide book for Black travellers, entitled The Negro Motorist Green Book. Colloquially known as The Green Book, editions were published annually until 1966; The Green Book outlined restaurants and gas stations that would serve African Americans and hotels that would accommodate them, as well as racist businesses or towns to be avoided.

While Jim Crow laws are no longer in place, American racism is still very much alive and at the center of our collective consciousness. Following the murders of George Flyod, Breonna Taylor, and Ahmaud Arbrey this past spring, conversations about and protests against police brutality have been re-invigorated across the country.

While being confined to the US for vacations has been something of a great equalizer for white Americans of a certain class, the notion of a road trip might not be as universally appealing to Black Americans who –– on top of the disproportionately high rates of covid infection in their communities –– are long accustomed to the potentially lethal threat of “driving while black,” now possibly heightened by the rise in racial unrest across the nation.

Even within the realm of celebrity vacation, it seems as though primarily white celebrities are the ones hitting the road and exploring the country. As Kylie Jenner bunkers down at the Amangiri resort, just adjacent to Navajo Nation, artists of color such as Rihanna and Drake are spending their quarantine in Barbados, where the population is predominantly black and the threat of police profiling does not loom quite as heavily.

So how can we stay safe on the road this fall? The answer is two-fold and, evidently, dependent on the color of one’s skin. It is important for all road-trippers to stay conscious and informed of the infection rates in regions that they’re passing through, and to make certain that they have everything needed before entering a state with a mandatory quarantine. For Black Americans, the preparations for a road trip might include more careful planning and less spontaneity than their white counterparts, underlining the US’s deeply embedded racial divide and highlighting how much has remained unchanged since Victor Hugo Green’s Green Book was first published in 1936.

So for those heading out on the road this fall, check your privilege at the door. Ask yourself what the spaces that you’re travelling through look like, and who they are most accessible to. While enjoying a flexible fall, working or studying remotely, be sure to stay up to date on local infection rates, and as always, keep your masks on hand!

If you like this article, check out our podcast episodes: Sara Hunter and Katani Sumner – Build Your Racial Sensitivity and Hashem Montasser – Build Your Passion Project 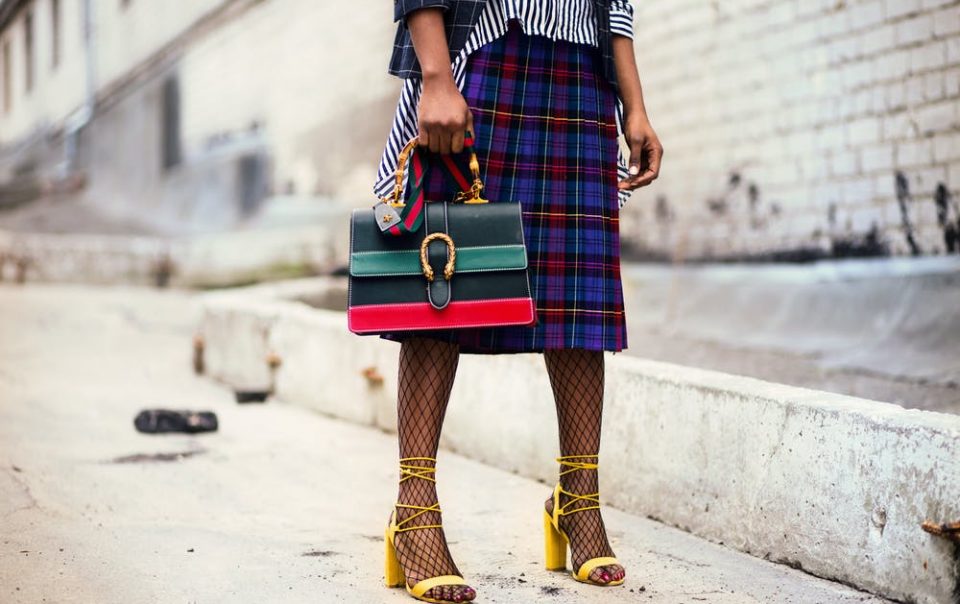 Is Entrepreneurship Killing Fashion, Or Is It The Future? 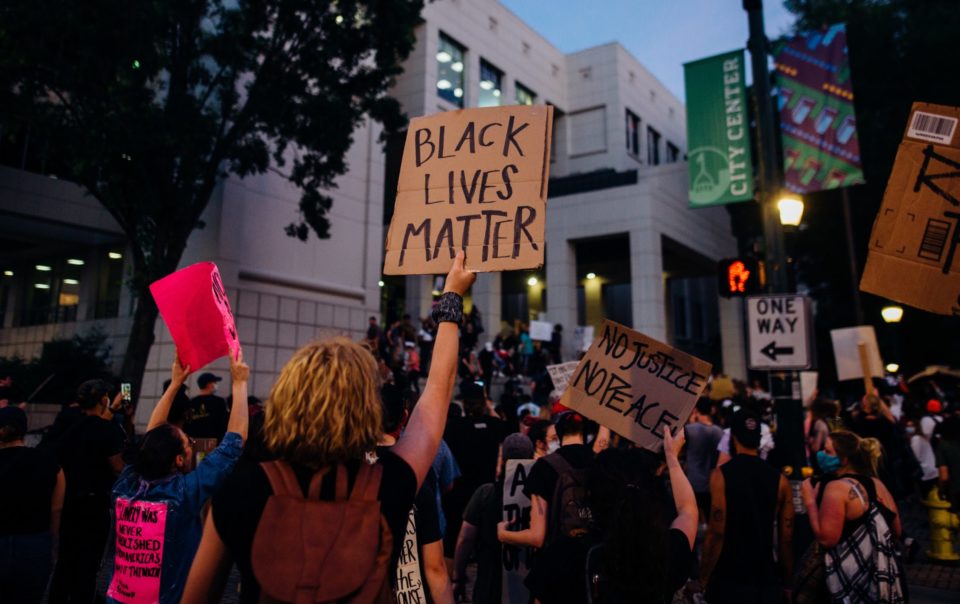 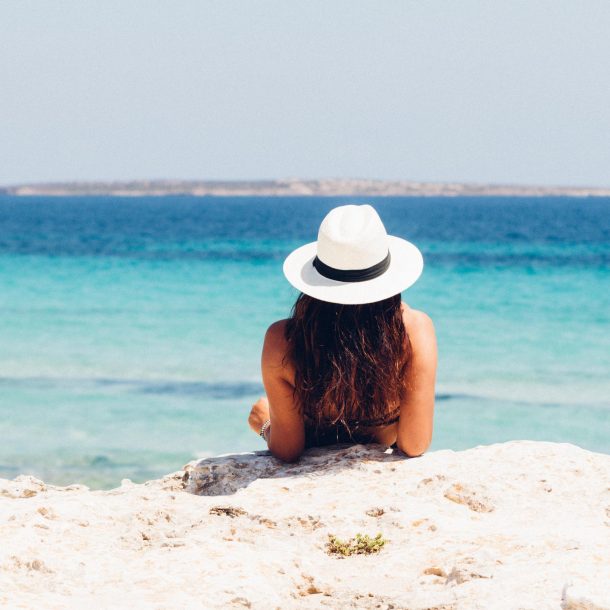 Remote Work With Your Toes in the Sand
Previous Article 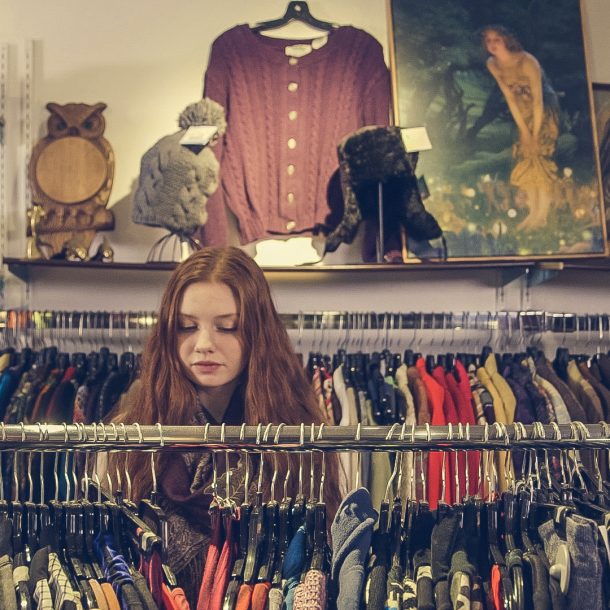 Thrifting: Sustainable or Gentrifying?
Next Article