Persona for Profit: The Legend of Chamath Palihapitiya

Whether you consider this a good thing or not, it’s hard not to view Chamath Palihapitiya as the Elon Musk of the Investment world, not through his “genius” of the field, but rather his social presences within the media and the overarching community, that creates such a powerful influence from his words. His crass and yet motivating quotes hit the investment world by storm, as it was backed by such a strong capitalist story to motivate those within earshot, as a story about a boy who immigrated to the other side of the world and had nothing to then become a leading hand in Facebook to then even build a net worth of 1.4 Billion at the age of 44.

Chamath’s story began in 1982 Sri Lanka, in the heat of civil unrest. Chamath’s family chose to immigrate to Ottawa, Canada in hopes of escaping the escalating conflict, this was a drastic change considering his father was a government official in Sri Lanka while in Ottawa he could only apply for mid-level administrative positions, as the family lived in a small apartment over a laundromat.

While his father took up drinking and the family was left with finding new life in the new country, Chamath (as the story goes) got straight to work, he contacted the managers his father worked for, looking to seek employment, claiming that he should be rewarded for his young determination for success. 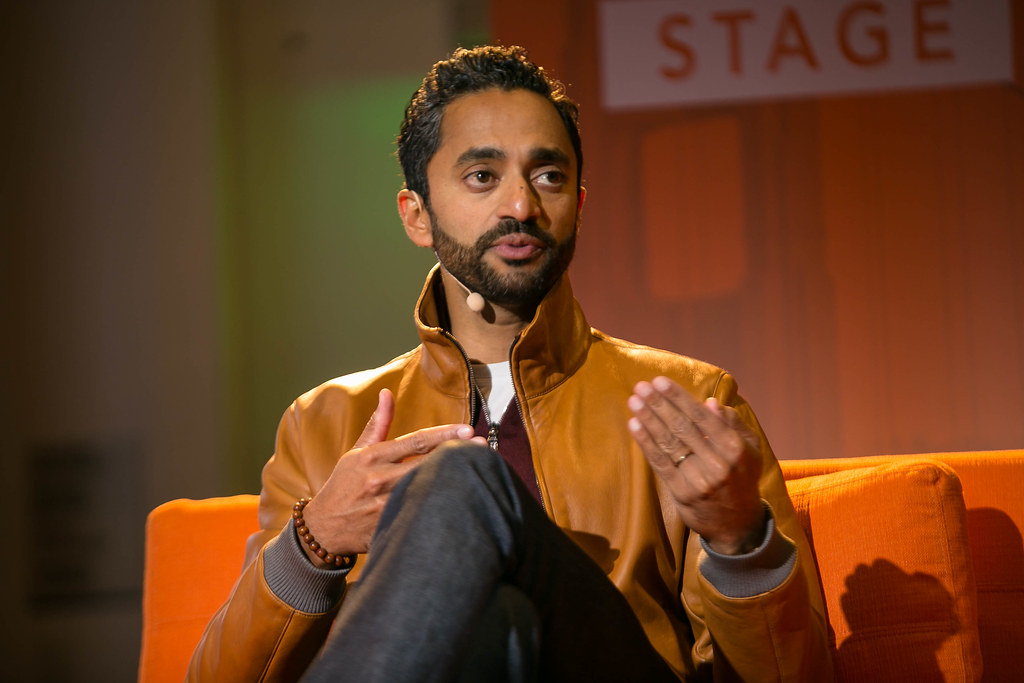 He was hired by Newbridge Network’s I.T. help desk, and would immediately take the chance to prove himself by having a wager with his manager that if he was able to complete 6,000 trouble tickets by the end of the summer, his manager would have to take him out to a fast-food lunch, which Chammth succeeded in claiming “The guy took me to McDonald’s and I ate seven Big Macs. It was crazy.”

The validity of these stories is questionable as they originate from Chamath himself, but it didn’t matter if they were or not, investors believed it. Matter of fact, they wanted to believe it. A story like this validates every single one of their beliefs about the capitalist dream, it only makes sense they would believe it and at the very least invest in it.

He would later go on to move to California in 2007, where he would work for Facebook in its heyday. This is where Chamath would develop his persona through his work to grow Facebook’s social networks audience.

There was very little interest in the project as many Facebook employees felt it was boring, but with Chamath, he was able to redesign the perception of the project for the employees, making them feel like they were on a vital mission to save the company. The mission itself was to defeat myspace/other competitors, in order to save Facebook, do or die.

After an encounter with a car dealership who refused him service for his appearance, he assured his team that if they followed him, they will show up to anyone who ever has/will treat them differently because of their appearance. “It’s intoxicating to hear someone describe your work like it’s this noble calling,” said one of his team members. As of right now, 4 of the top Facebook executives are previous members of Chamath’s team.

Although having a prevalent weight in Chamath’s career, he’d later carry as he said “tremendous guilt” over his hand at Facebook. “The short-term, dopamine-driven feedback loops that we have created are destroying how society works. 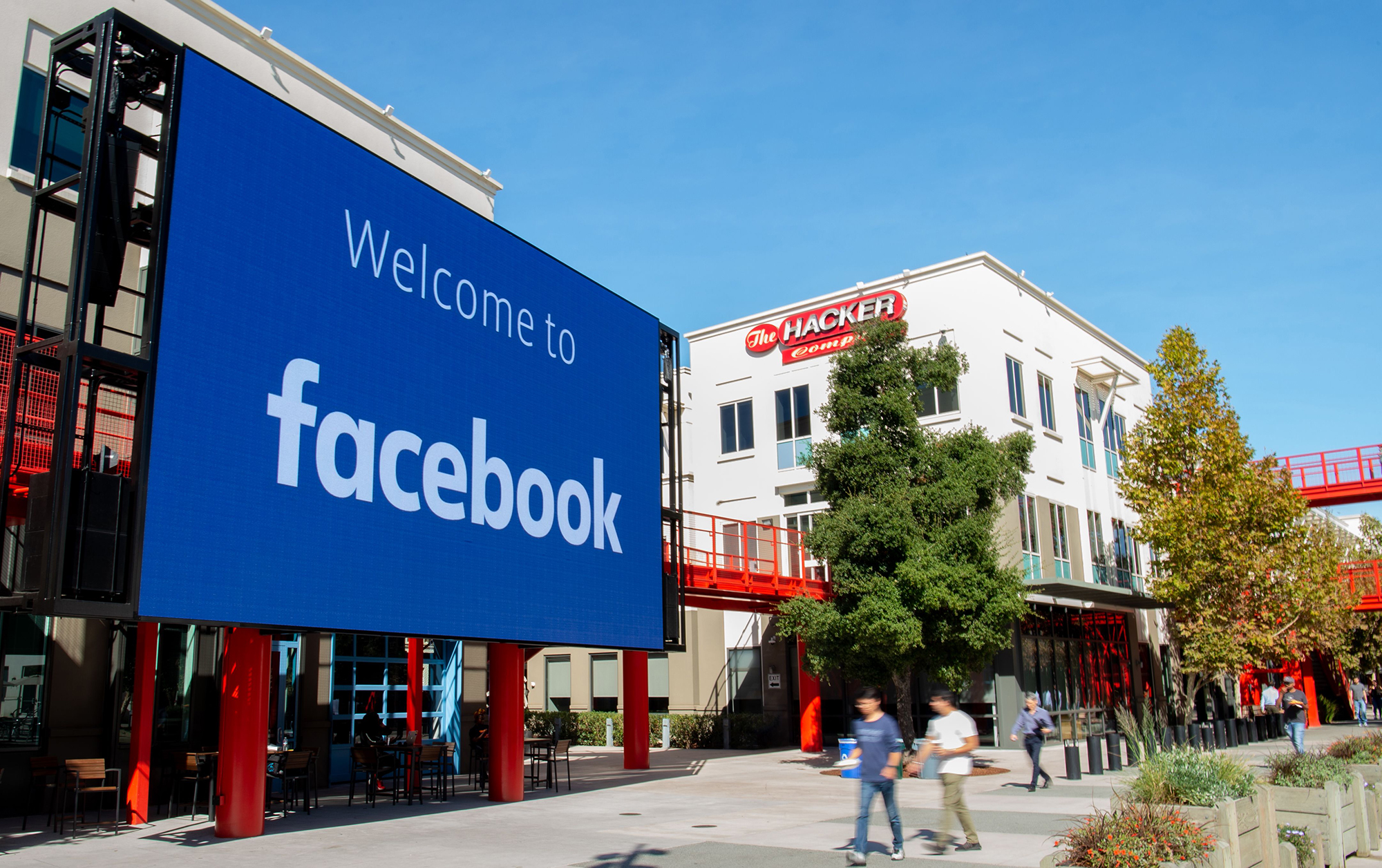 No civil discourse, no cooperation, misinformation, mistruth” he said at a Stamford Business Event back in November 2017, “This is a global problem. It is eroding the core foundations of how people behave by and between each other.”

He would later use the lynching of 7 people in Jharkhand, India caused by false WhatsApp messages to exemplify how horribly the social media service could be abused as WhatsApp is owned by Facebook. These beliefs supported by fellow ex-facebook colleagues like the founding president of the company, Sean Parker have been said to have reinvigorated Chamath’s determination to use his accumulated wealth from his work at Facebook to do further good for the world.

He’s brash, loud, confident, and blunt, redeeming qualities of a larger-than-life American personality for the media, and just enough open with his ideals to garner backlash and controversy. This not being a bad thing, considering the fact that he is now being given free press to further his influence and to benefit from the hate and praise.

Many see his words as a call to action, that the impossible is possible as long as you fight for it, and they want to fight for it with Chamath. There is this great story about Chamath and his influence which was exhibited at a mutual-fund manager conference in New York while Chamath was advocating for investment towards his first SPAC, Virgin Galactic, the world’s first commercial spaceline.

A much older investor had interrupted Chamath’s sales speech to question the legitimacy of his goals as well as Chamath’s track record before Chamath retorted with a flurry of cuss words and vitriol remarks. The room was shocked until a slow-growing wave of amusement took hold among the audience. By the end of the event, half of the investors had called in to get in on the SPAC. A successful win for a company that has continuously underperformed in every other metric but seat reservation, all because of that impeccable personality.

Critics consider his practice a con, others see it as revolutionary, but regardless you can’t say it hasn’t worked. Palihapitiya’s work provides the only momentum that drives the success of Virgin Galactic. It has been said by executives that worked with Chamath during his time at Social Capital that he was more focused on social media outreach/success rather than any relevant work that the executives felt was more pressing.

The overly bodacious personality Chamath promotes is what he claims to be a genuine expression of who he is, backed by most of his colleagues and close friends. Where he may not have created this persona, he still has allowed himself to be the product. Anything he’s attached to instantly becomes valuable. His self-proclaimed mission is to battle wealth inequality or to at the very least provide the lower class with a legible means to reach the very top of high society that he himself has reached.

Palihapitiya’s success is boasted by his lifestyle, where his net worth of $1.4 billion dollars allows him to spend large sums of money on luxury items. Outside of this lavish style, he maintains that he has donated millions anonymously, not sharing his charitable activity due to his Buddhist beliefs.

The public has only just recently begun to see some progress towards the success of Virgin Galactic as its spinoff company, Virgin Orbit, has just launched its second successful rocket into orbit, this being the second time this year. 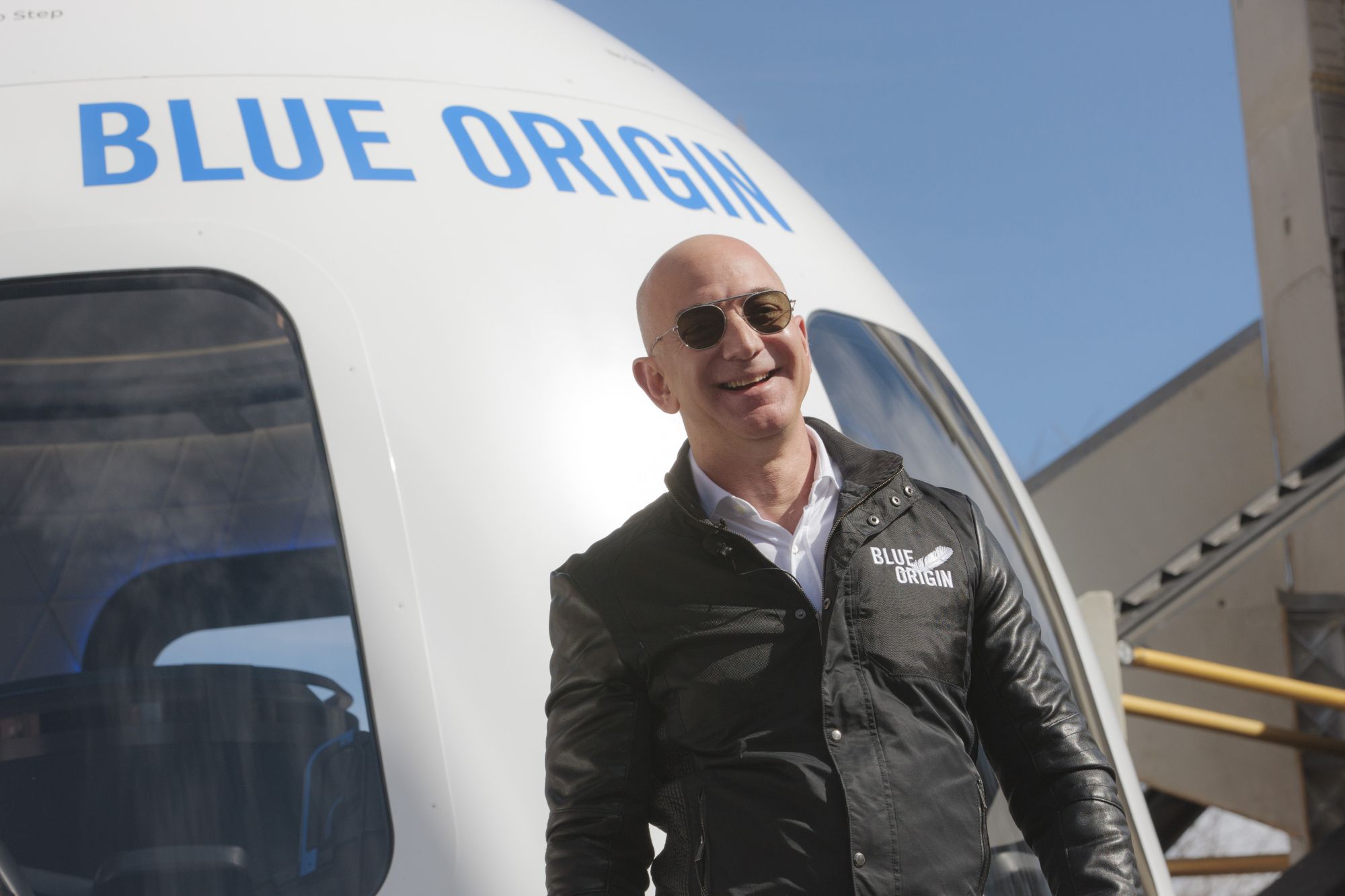 However, this is still drastically far behind what Chamath has promised investors, and with escalating developments in rival companies like Blue Origin, Jeff Bezos’s aerospace manufacturer, and sub-orbital spaceflight services company, this will surely be the next big space race America has been waiting for.

It’s hard to imagine that Palihapitiya will fail though, because that doesn’t seem to be in his repertoire. Sporadic in nature, he seems to constantly remind the world of who he is, a man born from nothing to living with everything and ready to give/do more. Regardless of any ill-will he may have faced during his career, he always preached his message consistently and if he truly does remain confident in his mission to battle the various systematic/social injustices that plague the world he grew in, the world many of us have grown in, then at the very least, we should welcome whatever he has in store next.

Rahul Punj is a contributor for Ideamix. Attending Pace University studying Marketing Management, Rahul has primarily written in the Comedy scene with experience in Stand Up comedy as well as on his social media meme page platform on IG @Lali_God.
Find a coach to unlock your success 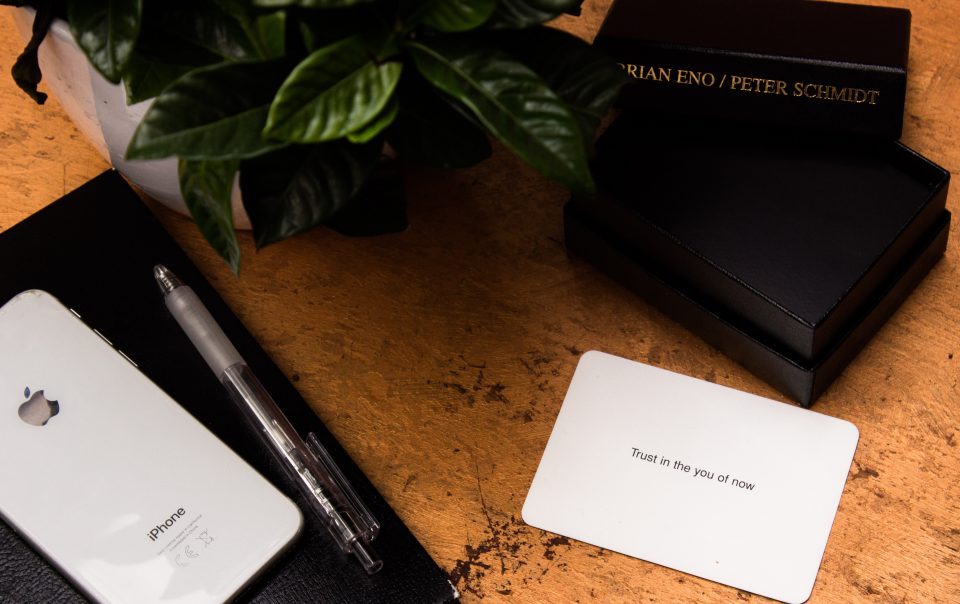 Why You Need Product Market Fit to Grow Your Business 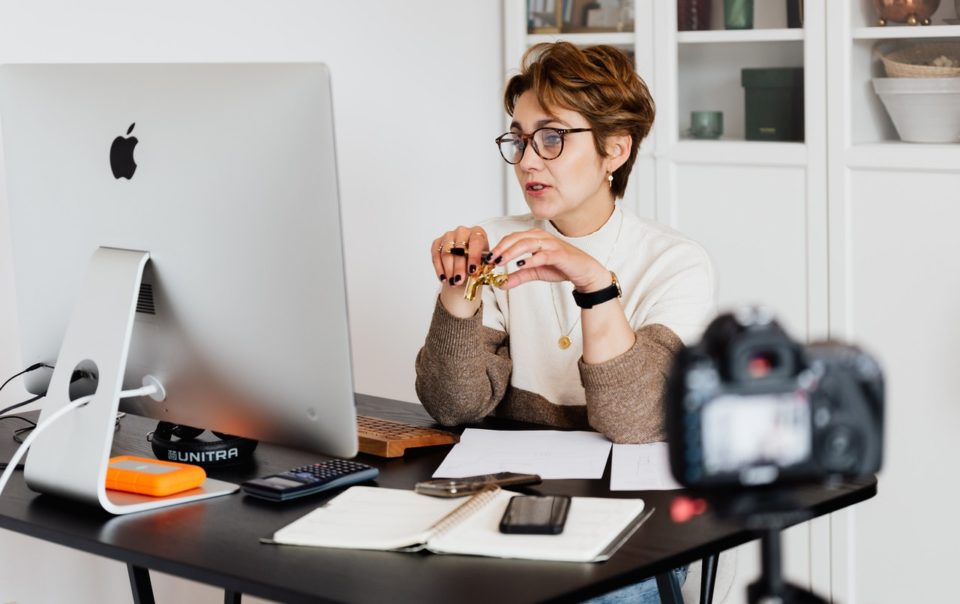 How an Executive Coach Can Benefit You 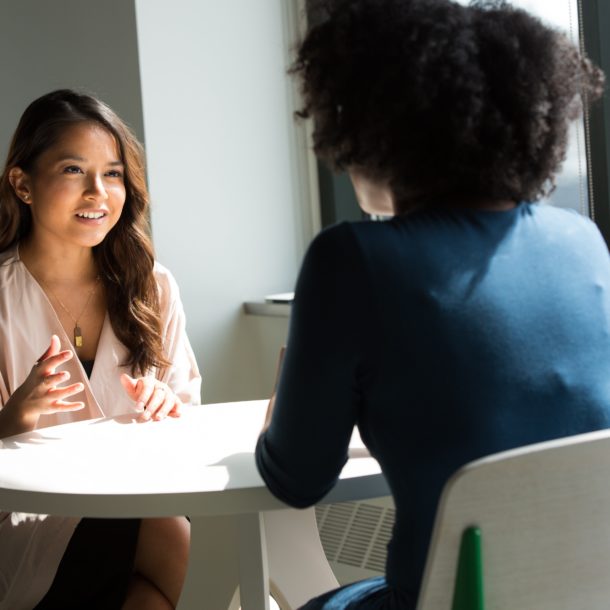 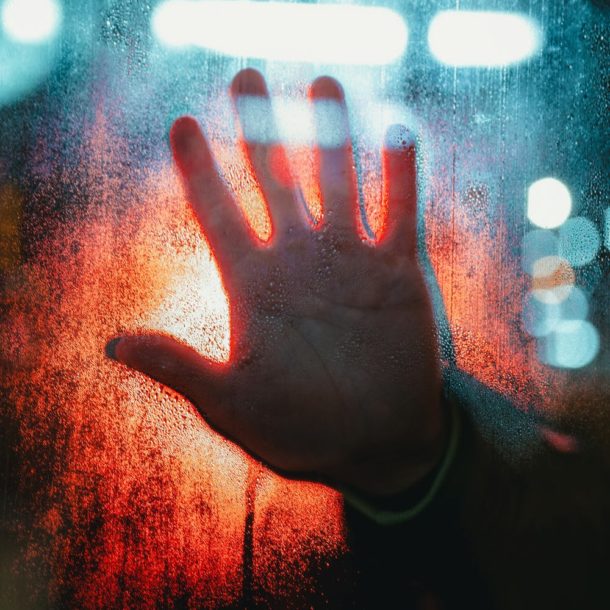