Turn Your Passion Into Your Job

Marjorie Gubelmann (@marjoriegubelmann) is Mad Marj in the DJ world and she knows how to get everybody onto the dance floor. Marjorie found her passion after career cruising for several years including as a CEO, before being encouraged to try her hand at DJ-ing by a friend. Marjorie felt it was like coming home: “In my whole life I’ve never had so much fun doing anything.” She’d been a radio DJ in college. Many lessons in this podcast episode 13 in which Marjorie describes discovering her authentic path to live what she loves. Learn more about Marjorie at www.madmarj.com.

Marjorie Gubelmann [00:00:00] I think what’s really important about my story is there wasn’t really a plan.

Sam [00:00:06] Welcome to Ideamix radio. I’m Sam Jayanti and every week I chat with entrepreneurs, solopreneurs, career changers, experts, and enthusiasts for insider tips that you can apply to turn your idea into a business. So sit back and enjoy today’s show. How do we know what our passions are? Sometimes we have to go away from them and do something different to realize what they mean to us. Known to her friends as Marjorie Gubelmann, Mad Marj is her handle in the DJing world. In her own words, Marjorie describes her career as a DJ best: “This is the passion of a lifetime. In my whole life, I’ve never had so much fun doing anything”. We couldn’t have said it better ourselves. Marjorie, great to have you on the show today.

Sam [00:06:54] It’s a journey. Tell us about a challenge you faced along the way. A lesson you learned from your own journey?

Marjorie Gubelmann [00:07:03] Well, I think one of the challenges I faced was believing in myself, because I was my own biggest critic. Because I thought I was, you know, in my 40s. I didn’t– you know one of these things is not like the other. I’m not like a DJ. So I was like, ‘this is certainly not going to last’. And I think that my age was obviously something that I was concerned about. And all of these things were my own voices doubting myself. No one was doubting me, I realized, except for me. And once I got past myself in my own sort of negativity, I realized everyone– was that it was the opposite. Everyone was rooting for me. And like, this is amazing. And I think me having fun and people having fun as a result of me enjoying myself and doing what I loved, it overcame all of the bad voices maybe that I had in my head. And it wasn’t that I had to overcome something else, it was myself, really. And just go for it and own it and say, ‘this is my job and this is what I do’. You know, this isn’t something– I’m not trying to be a model or an actress, and I’m DJing on the side. I am the DJ. And I think when you’ve had other careers and you are older, you know, things matter to you. So I’m always on time. I’m dressed a certain way. And I’m sure you’ve seen pictures of me DJing. I’m usually overdressed, but that’s part of how my brand sort of became me. It wasn’t for any other reason than I was just being me going to a party. But all of those things that I wasn’t trying to do, which was basically me being myself, having fun, ended up being what turned into my career. And so I’ve done other jobs in my life where I’ve tried to do things for the wrong reasons, to make money or think backwards. And when I stopped all of that and just did what I wanted to do and was myself, it was strange that it all fell into place.

Sam [00:08:49] But that’s why we love your story. And that’s one of the messages we’re trying to spread through Ideamix. It’s real, it’s there, it happens. And people just have to be open for, you know, a situation like you had that, you know, it happens. You know, serendipity is real and it’s just there. So one of the things I love the most about who you are is how authentic you are. You have this amazing social media following and your authenticity just shows. So how has it happened once you decided, ‘I own it, I’m this person’? How did you go about catering to this audience and having them just love who you are?

Marjorie Gubelmann [00:09:35] I think that I didn’t really cater to them. I think I just let myself be myself and then it all sort of came full circle. I mean, I– the jobs that I got or I get, you know, are usually through people that I know or they hear about me. And then, you know, this sounds completely pretentious, but it’s not meant to be. I have a fabulous agent who manages that part of it. But it’s all relationship driven. And when you realize – of course, with age, you realize – relationships are everything and your word and your reputation are your life. And I think when you’re young, you don’t realize how important that is. And I’ve actually, you know, I’ve been a really good friend and I have really good friends. And I think that’s really important in life. And that can transcend into your work life. I mean, I tried to teach that to my son. You have to show up for your friends. You have to be there because you don’t know when you’re going to need them to show up for you. And boy, have my friends shown up for me being a DJ and I am so grateful to that. And my family – my God – they’re my biggest cheerleaders. And I think that’s a nice thing, too, when everyone’s rooting for you. I also think you can’t take yourself too seriously. I think that’s why I was scared in the beginning, in case it was a big flop. I can also laugh at myself and go, ‘oops, I messed up’. I think that comes with age and confidence. I mean, I do it all myself. And I think your personality comes through if you do things yourself. If you’re just putting a picture of flowers and writing, you know, ‘there’s a Monet’. I think that can be pretty boring. But if you’re putting a dirty joke, mixed with something you believe in or, you know, making fun of a family member or, you know, a silly thing, I think that knowing your personality attaches you to your brand, which is important, at least for me it has been. I have people come up to me on the street and sometimes I feel like my father, who is incredibly cheap and I’m like, ‘Dad, can I have money’? And he’s like, ‘no’. And it’s, you know, people are like, ‘we love your dad’. You know, I think when you show your true side, you know, people like to know that you’re human and not always with 60 shades of false eyelashes and Spanx on. Someone’s in your bathrobe telling a silly story. I think that it’s important to be human. So I think that maybe helps with the circle of this whole second act I’ve had.

Sam [00:11:50] So tell us, Marjorie, what do you do to spark your own creativity? I mean, you’re fundamentally in a very creative role now so how do you innovate and get creative?

Marjorie Gubelmann [00:12:02] Well, I don’t think that– I don’t think of myself as a creative person. I think it is very nice that you think I am. But I’m not. I really think of myself as someone when I– my job is to make other people have a good time. And my job is to make people dance when I’m DJing, for example. So I am not there to teach people about new beats or give them a new sound. And I think that’s maybe what separates me from other DJs and why I get jobs, is people actually like to dance to songs they know. Songs that they remember, songs when they were 14 and it brings them back, maybe it gives you a lump in your throat, things that make you want to jump up and boogie woogie. And I have loved music since I was seven years old. And that’s a long time to have loved music. So my job is to look out there, see what’s going on. How old are these people? What are they responding to? You know, did they like Earth, Wind and Fire? Do they like ABBA? Do they like, you know, keep the danceroom going. That is my job. And that isn’t really creative. It’s being able to read a crowd. Remember, I am a weirdo. I know the words to practically every single song on the planet. I’m that person in my car driving along, singing along by myself. I mean, guilty. So it’s reacting quickly and keeping it going. And I don’t think that’s necessarily creative as it is being able to read a crowd and make sure you– I’m doing my job, which is, I think to get maybe above a good time. So I think it’s not about me. So people are like, ‘oh what’s the latest song’ and I’m like actually, ‘no, I’m not playing the latest song’. My son might know the latest song, but I’m certainly not playing it at a party that I’m hired for. They don’t want it. They want something they know. Not some weird, you know, new beat with no lyrics.

Marjorie Gubelmann [00:13:48] Well, that’s a good question. I think that there is still that skepticism and it’s just my own insecurity, I’m like, ‘I don’t want to stop’. I love it. You know, I’m just scared at some point, you know, is it going to age out? But luckily, it hasn’t.

Marjorie Gubelmann [00:14:06] I would love it. I absolutely love it. I am so happy when I DJ. I have never found anything in my life that makes me feel like this. I mean, I can just be doing a store party on 9th Avenue in a cosmetic store and I’m like, ‘wow, I love this’. I mean, it’s so bizarre. And honestly, when I listen to – particularly women – give these speeches, you know, talks and they go, ‘oh when you do what you love’ and I’m like, ‘oh, please, that is just such a lie. That woman needs to be quiet and female empowerment, blah, blah, blah blah, blah’. I used to be such a Negative Nelly. And then I’m like, ‘wait, that happened to me. I’m that woman that I made fun of’.

Sam [00:14:43] Fabulous. Marjorie was mixing dance tapes in high school and spent a short stint as a radio DJ during college. Various other chapters followed in her life until a few years ago, she returned to DJing. Her music esthetic delights her audience and it gets everybody on their feet and dancing. Marjorie, thank you for being with us on the show today.

Marjorie Gubelmann [00:15:03] I cannot thank you enough for having me.

Sam [00:15:06] Thanks for listening today. You can subscribe wherever you get your podcasts. And while you’re there, please do review the show. We love hearing from you, good or bad. So e-mail us at info@theideamix.com or Instagram DM us. Our episode this week was produced by the incomparable Martin Milewski with music by the awesome Nashville based singer songwriter Doug Allen. You can learn more about Doug at Dougallenmusic.com. 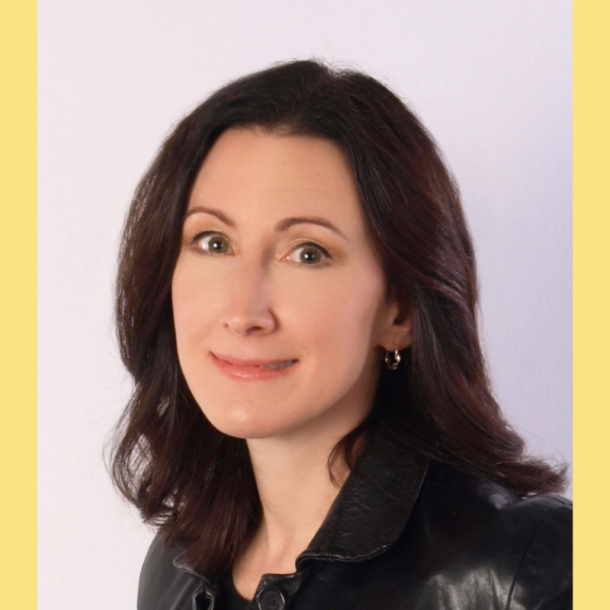 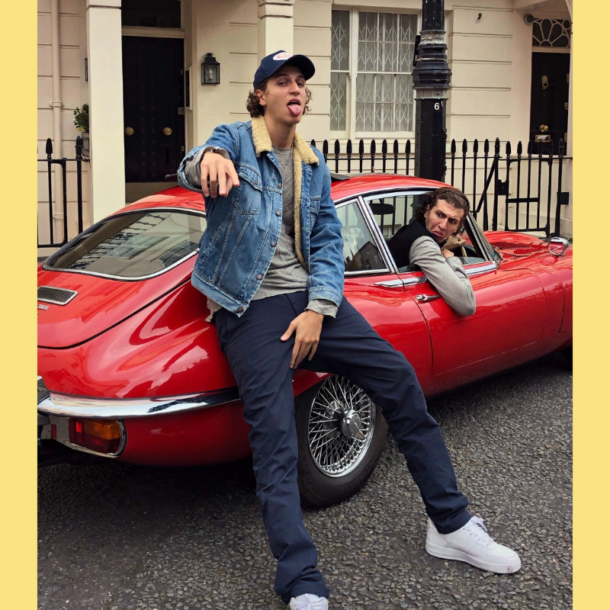 Listen to the episode